GAXC5: Confused Pilot at Block Island (KBID), Everyone WATCH OUT! 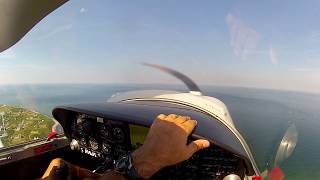 Pilot of Trinidad N557TB is apparently very confused with runway numbers and traffic patterns at Block Island making for an exciting time for all other pilots.

Part of the Great American X-C 5 flown on 1 July 2018 in a DA-20-C1. My son is flying and I am working the radios. Wind slightly favored 28 but so much traffic was using 10 we drank the Kool Aid only to be called out by Mr Airport Police on the CTAF as we taxied back to 10 for takeoff while another aircraft was in the pattern for 10.