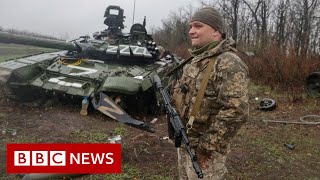 Nato’s secretary general says Russia’s war in Ukraine is not going to plan, and that its attempt to capture the eastern Donbas region has “stalled”.

Britain’s Ministry of Defence (MoD) estimates Russia has lost about a third of its ground combat force since the war began in February, with the invasion hampered by stiff Ukrainian resistance and logistical issues.